+ 1
June 4, 2020
Zika infection during pregnancy can cause congenital conditions in infants 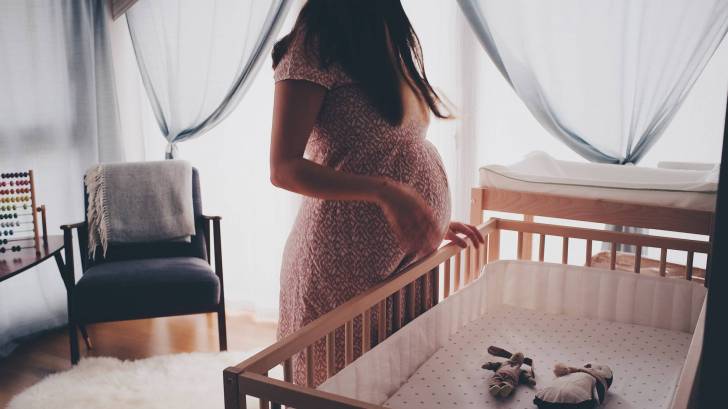 As the COVID-19 disease pandemic dominates the world media headlines, the Zika virus has steadily put women and children at grave risk in the Federative Republic of Brazil.

This is concerning news since a ‘Zika virus infection during pregnancy can cause congenital conditions in infants,’ said Human Rights (HRW), on May 28, 2020.

Due to the Zika virus, more than 1,600 babies were born in Brazil with microcephaly, or abnormally small heads, from September 2015 through April 2016.

Brazil’s Zika epidemic took health professionals by surprise because the virus had been known since 1947 and was not linked to birth defects.

About 25 percent of people may develop Zika symptoms, but in those who are affected the disease is usually mild with symptoms that can last between 2 and 7 days.

Shortly after the explosion in microcephaly cases caused by Zika virus in Brazil in 2015-16, several scientific studies were published with evidence that the pathogen is capable of crossing the human placenta, the organ that keeps the fetus connected to the mother's body during pregnancy.

From then on, the states began following a protocol established by the National Ministry of Health requiring collection of placental samples to help diagnose the disease in women with symptoms during pregnancy.

However, according to a group of Brazilian researchers at the University of Campinas (UNICAMP) who have studied emerging viruses with São Paulo Research Foundation - FAPESP's support, the official protocol in place nationwide should be reformulated.

As they recently reported in Frontiers in Microbiology, it is crucial to ensure that samples are representative and properly stored and transported to obtain trustworthy results in detecting the virus in the placenta.

The report concludes that Zika virus can indeed infect different regions of the placenta in pregnant women, such as the umbilical cord, amniotic membrane, chorionic plate, chorionic villi and basal plate.

"The protocol currently in force says each sample should be 1 cubic centimeter in size but doesn't specify the placental regions to be analyzed," said molecular biologist José Luiz Proença Módena, who heads the Emerging Virus Research Laboratory (LEVE) at UNICAMP's Institute of Biology and is one of the authors of the report.

The study analyzed 17 placental samples from women who gave birth at the Women's Hospital (CAISM) run by UNICAMP. Fourteen tested positive for Zika virus using a real-time PCR kit developed by the researchers.

The PCR method detects RNA from the virus in the samples tested.

"We collected four fragments from all placental regions for each patient, including the umbilical cord," Módena said.

The women had symptoms of the disease during pregnancy, such as fever and rash, or delivered babies with microcephaly in 2016 or 2017.

According to Módena, the collection of several placental fragments increases the chances of detecting Zika because some regions of the placenta contain more viruses than others.

The researchers were surprised to find that placental samples from the same patients tested negative when analyzed using the health ministry's protocol by the Adolfo Lutz Institute (IAL), the main reference laboratory for epidemiological surveillance in the state of São Paulo.

"This problem highlights the urgency of changing the currently required method," Módena said.

For Módena, the urgent need to increase laboratory testing to detect the novel coronavirus SARS-CoV-2 will hinder efforts to change the protocol in the short run.

"The coronavirus pandemic will probably delay moves to reformulate the diagnostic test to detect Zika virus in the placenta," he said.

Módena has had to interrupt his normal research activities to join the efforts of the task force set up by UNICAMP to halt the spread of COVID-19.

Talks about adjustments to the placental test protocol with the Ministry of Health began at the end of 2019 but have also had to be suspended, he said.

Maria Laura Costa do Nascimento, a professor in UNICAMP's School of Medical Sciences and a co-author of the Frontiers in Microbiology article explains, while many research projects have been redirected in response to the emergency posed by the pandemic, a systematic protocol must be established as soon as possible to ensure that placental samples are collected in the appropriate manner.

Evidence that SARS-CoV-2 can be transmitted from mother to fetus has not yet been found, but reliable studies of its behavior in the placenta are few and far between, she said.

The UNICAMP group planned to use the knowledge acquired from their research on Zika virus to study viral load in placental samples from women infected by SARS-CoV-2 during pregnancy.

"The placenta is a very important organ for diagnosing several diseases, including Zika," Nascimento said.

"About 70% of those infected are asymptomatic or exhibit mild symptoms so that they take longer to go to a doctor."

The probability of a positive test result after the acute stage of infection is negligible, she added.

"It's one thing to extract a placental fragment at random and store it in a freezer at -20 °C, as the protocol requires now. Collecting four or five specific fragments and storing them at -80 °C is quite another," Módena said.

According to Nascimento, the challenge will be guaranteeing that Brazil's maternity hospitals have the requisite technical staff trained to perform a more complex procedure and the equipment to store samples properly until they arrive at the reference laboratory responsible for diagnostic testing.

"It's complicated to work with samples collected during or just after childbirth, especially when the procedure hasn't been scheduled in advance and is performed by rosters of hospital duty personnel," Nascimento said.

"These professionals would have to be trained to collect specific placental fragments, ensuring sample quality and representativeness, as soon as possible after the baby is delivered.

As scientists scrambled to figure out what was going on, one fact stood out: 83% of microcephaly cases came from northeastern Brazil, even though Zika infections were recorded nationwide.

Researchers from Washington University School of Medicine in St. Louis since have learned that the strain of virus circulating in the northeastern Brazilian state of Paraíba in 2015 was particularly damaging to the developing brain.