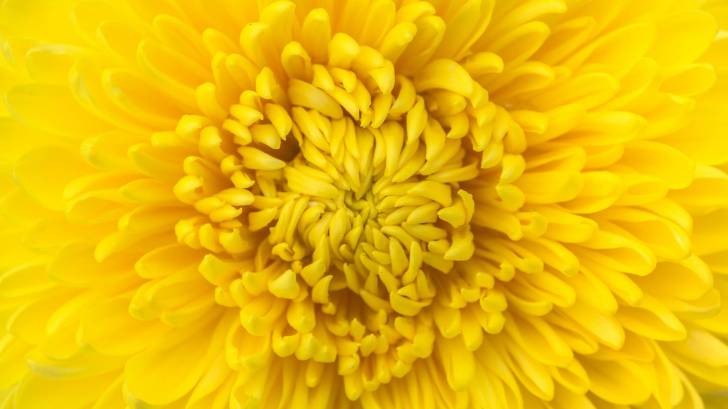 According to new research, some flowery plants in your backyard may attract infectious disease-carrying mosquitoes, while other plants may repel them.

Although most mosquitoes are just a nuisance, some mosquito types spread viruses that can cause disease.

And these Aedes aegypti mosquitoes dislike the fragrance of some flowers more than others.

A study previously published in The Brazilian Journal of Pharmacognosy revealed that chrysanthemums flowers may be an effective deterrent against Aedes aegypti mosquitoes.

For this study, these researchers collected methanol and dichloromethane extracts from chrysanthemums, specifically the “yellow sheena” cultivar, and assessed their phytochemical content.

This was done to determine if they contain compounds with larvicidal activity against the larvae of the mosquito.

Compounds present in the methanol extract include flavonoids and caffeoylquinic acids.

Meanwhile, the dichloromethane extract contained triterpenoids and fatty acids, which are known to have insecticidal activity.

The researchers also tested the extracts against larvae of the mosquito and determined the 50 percent lethal concentration (LC50) or the concentration needed to kill 50 percent of the population.

They found that the LC50 values for the methanol and dichloromethane extracts were 5.02 and 5.93 parts per million (ppm), respectively.

This was good news for those with chrysanthemums planted around their home.

Known for over 2000 years, the chrysanthemum is an ornamental plant native to China.

Chrysanthemums are one of the most commercially successful flowers by the diversity of its inflorescence.

However, another plant was found on June 17th, 2018, to attract the wrong type of mosquito, the Aedes aegypti.

That study revealed that bromeliad plants contribute to the breeding of the Aedes aegypti mosquito, which can carry infectious diseases such as Zika, dengue, yellow fever and chikungunya.

Bromeliad is the name for a family of plants that is incredibly diverse. There are 2,877 different species of bromeliads.

This University of Miami Miller School of Medicine (UM) study, published in the journal Parasites & Vectors, showed that water retained in the bromeliads' leaf axils becomes breeding sites for the Aedes aegypti, the most dominant species of mosquito in the study's test sites.

"People should be aware that bromeliads are producing mosquitos so that they can treat the plants," John Beier, Sc.D., a UM Miller School entomologist, said in a press release.

Moreover, the CDC says location matters when searching out these dangerous mosquitoes.

The CDC publishes range maps for Ae. aegypti and Ae. albopictus mosquitoes by using a model that predicts possible geographic ranges for these mosquitoes in the contiguous United States.

The model predicts the likelihood that these mosquitoes could survive and reproduce in geographic areas.

These CDC maps include areas where mosquitoes are or have been previously found.

But, these CDC maps do not represent the actual risk for these mosquitoes spreading viruses like Zika, dengue, chikungunya and other viruses.

The CDC says avoiding the Aedes aegypti mosquitoes bite is the best prevention tactic, regardless of the flowers around your home.