Pregnant Women Should Be Zika Tested More Than Once 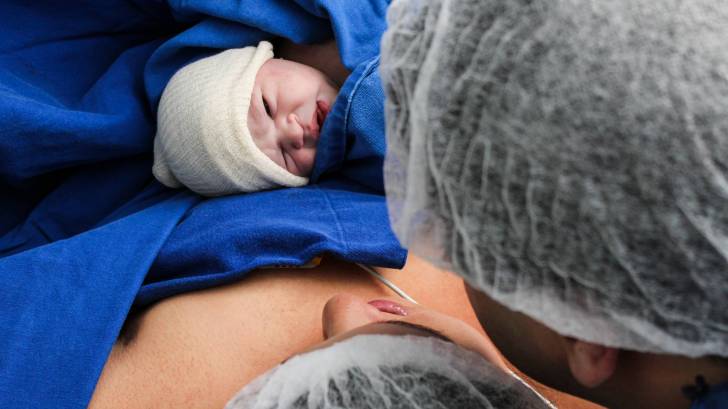 A new study suggests that a single negative Zika test result may not be enough to reassure pregnant women, family members and doctors.

Molecular tests used to detect Zika virus, have been used in prenatal checkups for pregnant women with symptoms of the Zika disease.

But, this Zika test may not be effective.

"We monitored a group of pregnant women with a confirmed diagnosis of Zika and tested their urine over a period of several months at intervals of about a week. In some of these women, the viral load in their urine disappeared and later returned," said Maurício Lacerda Nogueira, a professor in FAMERP - Medical School of São José do Rio Preto, São Paulo State, Brazil, and principal investigator for the project.

According to Nogueira, the virus was detected in one patient's urine for as long as seven months.

In five women, the test was again positive for Zika virus after their viral load had disappeared in previous tests.

In all cases, the virus vanished from the women shortly after they gave birth.

"These results suggest the virus continues replicating during pregnancy, in the fetus or the placenta, which must serve as a reservoir for the pathogen," Nogueira said.

"However, viral load in the mother's fluids is intermittent and very low, almost at the detection threshold."

According to Nogueira, if the result of a molecular test is negative, it should ideally be repeated at least twice at intervals of no less than a week.

"We typically test urine samples because they're easier to obtain and because the blood viral load is lower and disappears faster," he said.

The researchers were unable to establish a correlation between the number of times the virus was detected in the mother and the occurrence of an adverse outcome.

"To do so, we will need to perform new studies with a larger number of participants," Nogueira said.

A new rapid test that identifies Zika virus in blood samples as well as all four serotypes of dengue virus during the acute phase of infection is described by a multinational group of researchers, including Nogueira, in an article recently published in the journal Science Translational Medicine.

According to these researchers, the method is low-cost and entails no risk of a cross-reaction, unlike other tests.

Consisting of a dipstick strip with antibodies that change color in the presence of a viral protein known as NS1, the immunochromatography test was developed at the Massachusetts Institute of Technology (MIT) in the United States.

The method was validated by research institutions in several countries, including FAMERP.

"We validated it in tests on blood samples from patients with a confirmed diagnosis of both Zika and dengue attending the São José do Rio Preto general hospital for treatment," Nogueira said.

This study’s results were published November, 2017 in the journal Emerging Infectious Diseases. Scientists from the Federal University of Minas Gerais, Federal University of Sergipe, Oswaldo Cruz Foundation (FIOCRUZ) and Evandro Chagas Institute also collaborated. The São Paulo Research Foundation (FAPESP) is a public institution with the mission of supporting scientific research in all fields of knowledge by awarding scholarships, fellowships and grants to investigators linked with higher education and research institutions in the State of São Paulo, Brazil. This study was supported by the São Paulo Research Foundation - FAPESP.

“It also increases the opportunity for public health to identify infections before Zika establishes itself in Texas, so we can respond quickly,” said Dr. Hellerstedt.

The change focuses on one of the most frequently used Zika tests which detects immunoglobulin B (IgM) antibodies and is more likely to yield a false positive test result.

Recent studies reported that Zika IgM antibodies might be detected for months after infection, limiting the ability to tell if the infection occurred before or during pregnancy.