Neuroimaging Found Abnormalities in Infants Exposed to Zika In Utero

+ 1
August 1, 2019
Neuroimaging of antenatally Zika exposed infants is important in a comprehensive evaluation 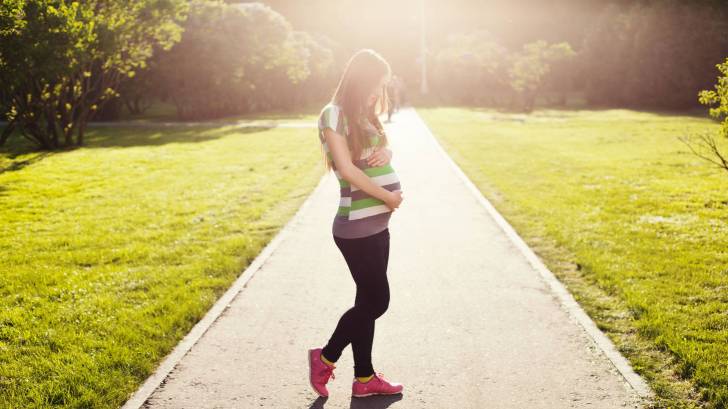 A new study says ‘neuroimaging is an important part of evaluating infants with a history of Zika virus in utero exposure, particularly for those exposed in the 1st trimester.’

This study was published in JAMA on July 31, 2019, and was accompanied by an editorial, a condensed version is inserted below.

This editorial said ‘we continue to learn and better understand the long-term neurodevelopmental consequences of Zika virus (ZIKV) exposure and the neuroimaging changes in patients with microcephaly and associated brain damage.’

This new study highlights the neuroimaging findings of a large number of Zika exposed infants in Rio de Janeiro, Brazil, from March 2016 to June 2017.

These infant evaluations included laboratory testing for ZIKV, neuroimaging with cranial ultrasonography (US), head computed tomography (CT), and brain magnetic resonance imaging (MRI). Infants were also evaluated by a multidisciplinary team including specialists in pediatric infectious disease and ophthalmology and had their hearing assessed by brainstem auditory evoked response.

The phenotype of Zika syndrome was described at birth as severe, mild or moderate, or asymptomatic on the basis of clinical findings, head circumference, and neuroimaging findings. Infants with severe phenotype had the findings described in association with congenital Zika syndrome.

These comprehensive infant evaluations were similar to the proposed guidelines set forth by the US Centers for Disease Control and Prevention (CDC) for the diagnosis and evaluation of Zika-exposed infants.

In this study, 71 of 110 infants (65%) had abnormal head CT or brain MRI findings, with most having clinical classification at the birth of the severe phenotype of congenital Zika syndrome.

The high frequency of abnormal imaging findings would be expected in these infants with findings of microcephaly, fetal brain disruption sequence, arthrogryposis, and abnormalities on neurologic examination at birth.

Conversely, among the 39 infants with a normal-to-mild clinical phenotype and normal neurologic examination findings, only 4 (10%) had abnormal neuroimaging findings.

Among the 4 infants who did not have findings of congenital Zika syndrome at birth, neuroimaging findings may be associated with other noninfectious causes.

The 110 infants included in the cohort thus represented a group of ZIKV-exposed infants who would be expected to have a high burden of neuroimaging abnormalities, which is a difference from other reported cohorts.

Several brain abnormalities were seen in the infants, including calcifications and malformations in cortical development, which may be better imaged with CT and MRI, respectively.

Postnatal imaging with the cranial US and brain MRI found additional abnormalities in the infants.

But, most of these abnormalities were mild and not associated with a severe clinical phenotype.

There appears to be a spectrum of abnormalities on brain imaging in ZIKV-exposed infants, including mild nonspecific changes seen at the cranial US, such as lenticulostriate vasculopathy and germinolytic cysts, to more significant brain abnormalities, such as subcortical calcifications, ventriculomegaly, and, in its most severe form, thin cortical mantle and fetal brain disruption sequence.

The infants born in Brazil during the Zika epidemic are now of early childhood age, and those with the severe neurologic phenotype of congenital Zika syndrome have considerable neurologic impairments, including epilepsy, severe developmental delay, deafness, and visual impairment.

Not as much is known about the less-affected children and their developmental outcome.

Linking early neuroimaging abnormalities in Zika-exposed infants to the neuro-developmental trajectory is the next major important area for understanding the burden of ZIKV on the developing child.

However, access to neuroimaging is limited in some areas, and this may limit clinicians’ ability to recognize all affected infants. When available, cranial US should be performed as a first-line imaging modality, together with a neurologic examination, ophthalmologic examination, and brainstem auditory evoked potentials.

If the findings of these studies are normal, no further imaging is warranted unless there is a developmental disturbance over time.

If cranial US findings are abnormal or the infant cannot undergo cranial US, then neuroimaging with low-dose cranial CT or brain MRI should be performed to fully evaluate for ZIKV-associated brain injury.

In conclusion, ‘neuroimaging thus remains an important component of the evaluation of any ZIKV-exposed infant, not only infants with congenital Zika syndrome.’