Will Zika continue in California, the Caribbean, Florida, and Puerto Rico in 2019? 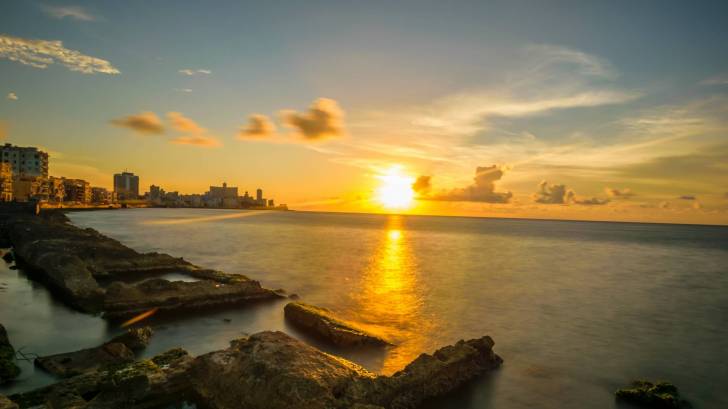 A recent study highlights how the Zika virus may still be spreading in the Americas, including the island of Cuba.

This study says Cuban authorities didn’t follow the agreed to the practice of notifying the Pan American Health Organization (PAHO) of Zika cases during the outbreak.

To uncover lingering Zika outbreaks in the Americas, these researchers investigated travel-associated Zika cases diagnosed in the United States and Europe to identify transmission signatures that were not captured by local reporting.

By sequencing the Zika virus from infected travelers, this study shows that the Cuban outbreak seems to have been caused by international visitors from nearby countries during 2016.

The Zika virus then persisted at low levels, before peaking late 2017.

To calculate their data, the study team looked at the travel logs of 184 people who had contracted Zika while traveling and found that 95 percent had visited Cuba.

The team also sequenced the genomes of Zika viruses retrieved from 9 Floridians who also traveled to Cuba.

Nathan Grubaugh, Ph.D., at the Yale School of Public Health and his colleagues ‘estimated that Cuba’s total number of Zika cases in 2017 could have been well over 1,000.'

According to Reuters during May 2017, Cuba reported 1,847 residents had contracted the mosquito-borne Zika virus.

This is an important discovery, says Professor Duane J. Gubler, at the Duke-NUS Medical School in Singapore.

“One of the problems we have is that islands that depend on tourism are not forthcoming in immediate reporting,” Professor Guber said to New Scientist.

As an example, on November 6th, 2018, the Caribbean Public Health Agency (CARPHA) announced that the World Health Organization (WHO) had removed its Zika virus country classification scheme for the Caribbean territories.

CARPHA Executive Director Dr. C. James Hospedales explained in a letter that ‘the Zika classification by the WHO was having an adverse impact on the Caribbean Hotel and Tourism industry.’

To alert Americans of the risk of the Zika virus, the Centers for Disease Control and Prevention (CDC) updated Alert Level 2 notices for several countries regarding Zika outbreaks during August 2018.

These CDC travel alerts include countries in Africa, Asia, the Caribbean, Central America, Mexico, the Pacific Islands, and South America.

Because a Zika infection during pregnancy can cause birth defects, pregnant women should not travel to these countries, says the CDC.

This CDC report said nearly 1 in 7 babies born to women infected with the Zika virus while pregnant had one or more health problems, possibly caused by the virus.

All travelers to these Zika hot-Zones should strictly follow steps to prevent mosquito bites during and after the trip, says the CDC.

Zika is spread mostly by the bite of an infected Aedes species mosquito. These mosquitoes bite during the day and night.

The state of Florida reports its Zika cases separately and found 100 Zika cases during 2018.

As of January 8, 2019, there is not an approved preventive vaccine or treatment medication for the Zika virus.

There are more than 30 vaccine candidates currently in clinical studies, such as:

Elizabeth Brickley at the London School of Hygiene and Tropical Medicine said, “Work like this could help fill in gaps in the global Zika disease surveillance system.”