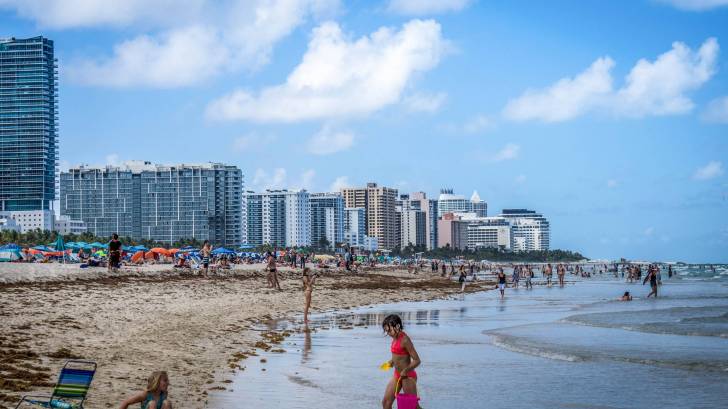 As part of the national effort to limit Zika transmission in the United States, the City of South Miami, Florida, implemented a 6-month experiment with an innovative method to reduce the number of Aedes aegypti mosquitoes.

These mosquitoes live in tropical climates and are the main type of mosquito that spread Zika, says the Centers for Disease Control and Prevention (CDC).

The initial results from this Wolbachia biopesticide sterilization approach demonstrated an approximate 78 percent reduction in these Zika-carrying mosquitoes.

Without a preventive vaccine or therapeutics available, these results are very good news for regions preparing for a return of the Zika virus.

Specifically, these results show a significant reduction in eggs hatched in the area where Wolbachia-infected (WB1) Aedes aegypti males were released.

Similarly, the number of Ae. aegypti mosquitoes were significantly reduced in the area receiving WB1 males, relative to the untreated area.

Throughout the entire study period, a ‘remote production/delivery’ method was used in which WB1 male adults were produced at the MosquitoMate mass rearing facility in Lexington, Kentucky and then shipped to Miami, FL.

According to Dr. Stephen Dobson with MosquitoMate, Inc., “Male mosquitoes do not bite, and Wolbachia is not harmful to humans. Any offspring produced when the lab-bred mosquitoes mate with wild female mosquitoes won't survive to adulthood.”

Maternally inherited infections of intracellular Wolbachia pipientis bacteria occur commonly in mosquitoes. And, Wolbachia infections can cause a form of conditional sterility known as cytoplasmic incompatibility.

In the United States, the open release of Wolbachia-infected male mosquitoes is considered a pesticidal approach and is therefore regulated by the U. S. Environmental Protection Agency (EPA).

An Ae. aegypti Experimental Use Permit (88877-EUP) was issued for multiple locations in the United States, eventually including permits for Miami, Florida.

Subsequently, the Florida Department of Agriculture and Consumer Services issued an approval letter for the open release of WB1 males in Miami and additional areas in Florida.

Deficiencies of the 6-mo field study include a dearth of information about the Ae. aegypti population in the City of South Miami prior to the start of this study and that there is only one treated area.

The observed population reduction and results encourage additional work and replication of the Wolbachia biopesticide approach against Ae. aegypti, as an additional tool to be integrated with existing control tools for the control of this medically important vector and nuisance pest.

Future work should include repeating this type of WB1 male treatment, including treatment within different ecological contexts.

This work was done on behalf of the Florida Department of Health with funding from the Centers for Disease Control and Prevention.