+ 1
December 8, 2016
NYC has a decade of experience fighting the West Nile virus 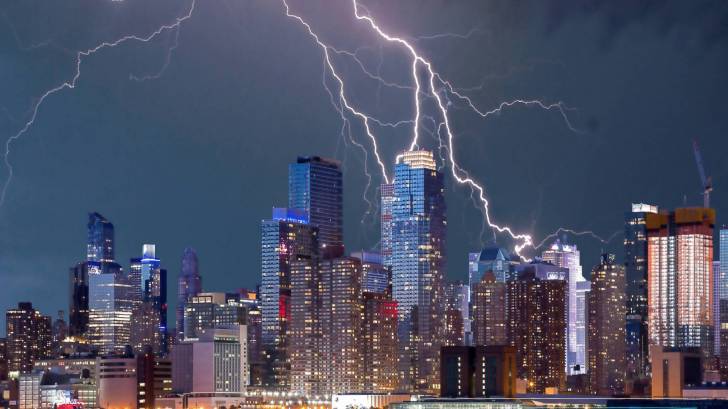 "Today's news is a reminder that Zika continues to be a threat to pregnant women and their babies," said Health Commissioner Dr. Mary Bassett in a statement.

"As we enter the holiday season, we urge all pregnant women in New York City, those who might become pregnant, and their male sexual partners not to visit places where there is active Zika virus transmission."

A NYC Department of Health (DoH) reports the majority of New Yorkers who have been infected with Zika contracted the virus after traveling to the Caribbean.

According to the DoH, eight other infants born in NYC have tested positive for Zika, though they haven't displayed any of the symptoms associated with the congenital syndrome, which can include an unusually small head (a condition known as microcephaly), abnormalities to the brain or eyes, and irregularly short muscles and tendons.

"We are closely following all babies born to mothers who test positive for Zika infection and will connect parents to available services to improve their child's quality of life," Dr. Bassett said.

Health officials warn that the number of babies with Zika-related disorders may rise as more women give birth.

New York City has had over a decade of experience related to the spread of West Nile virus. In facing Zika, the DoH has been able to apply many of their existing resources and lessons learned from the West Nile virus response.

The Centers of Disease and Control (CDC) report the mosquito that carries Zika is different than the one that carries West Nile virus. New York is also home to Aedes albopictus, which has been known to carry Zika.

The Zika virus is primarily spread to people through mosquito bites. The virus can be spread from mother to child and through blood transfusion and sexual contact.

Most people infected with the virus have mild or no symptoms.

For those who do develop symptoms, illness is generally mild and typically lasts a few days to a week. The most common symptoms of Zika virus disease are fever, rash, joint pain, and conjunctivitis (red eyes).