Authored by
Staff
Updated May 4, 2022
Last reviewed
February 4, 2023
Content Overview
Zika is a mosquito transmitted virus that creates Microcephaly in the fetus of an infected pregnant women. The FDA has not approved a Zika vaccine in 2023.

Zika is a viral disease transmitted by mosquitoes of the genus Aedes caused by the Zika virus (ZIKV), says the World Health Organization (WHO). About 25% of infected people may develop symptoms. However, the illness is usually mild, lasting between two and seven days, according to the U.S. Centers for Disease Control and Prevention (CDC).

In 2022, the European CDC reported that 31,453 Zika patients were confirmed in 13 of 52 countries and territories. And to the Pan American Health Organization (PAHO) weekly report issued on December 15, 2022, confirmed 31,451 Zika cases have been reported in the Americas, including in Puerto Rico.

Since its first detection in Brazil in March of 2014, local transmission of Zika has been confirmed in all countries and territories in the Americas, except for continental Chile, Uruguay, and Canada, says the World Health Organization (WHO).

Zika is primarily spread by the bite of a mosquito infected with the virus, but it can also be passed during sex from a person infected with Zika to a sexual partner, says the CDC.

UK health authorities have classified Argentina as having a risk of Zika virus transmission in South America in 2022.

In 2022, over 34,000 Zika cases were reported in Brazil. There was a 92% increase compared to the same period in 2021. There have been no related fatalities from Zika in 2022. Although the Northeast and Southeast regions were likely to continue to have the highest total infection numbers, consistency-weighted, population-standardized rates highlighted hotspot states within all five regions in Brazil, reported the CDC. The Arbovirus Surveillance Strengthening Project was launched in Brazil in 2022.

Furthermore, as per Brazilian authorities, since 2014, over 1,638 babies have been born with microcephaly-related defects.

Frontiers in Microbiology published Original Research in June 2022, indicating the spread of the Zika virus to several states of India and an urgent need to strengthen its surveillance.

The U.S. CDC says because the mosquitoes that spread Zika are found throughout Puerto Rico, people living on the island who have not already been infected are at risk for infection. In addition, the Puerto Rico Department of Health Weekly Arboviral Diseases report indicates the Zika virus will continue to infect people in 2022.

To evaluate whether pregnant women understood how to protect themselves against Zika, the Puerto Rico Department of Health (PRDH) and the U.S. CDC conducted a population-based survey of women who gave birth to a live infant during August—December 2016. This survey determined there are no known ways to prevent the adverse effects of Zika infection during pregnancy. Still, pregnant women can protect themselves from Zika infection in several ways.

The Zika virus was first isolated in 1947 in the Zika forest in Uganda (Africa). Since then, Zika has caused small, sporadic outbreaks in Africa, Asia, and South America. In 2007, a large epidemic was described on the Island of Yap (Micronesia), where about 75% of the population was infected. In 2014, Chile notified the WHO of indigenous transmission of Zika virus fever on Easter Island. Then, in May 2015, the public health authorities of Brazil confirmed the transmission of the Zika virus. In 2021, the CDC confirmed (2) travel-associated and (32) Zika cases in U.S. territories. In 2016, U.S. states reported 224 locally acquired Zika cases. 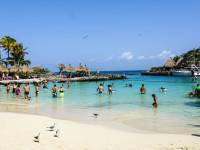 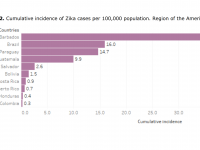 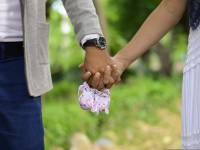 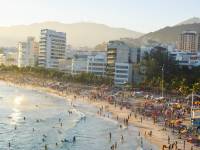 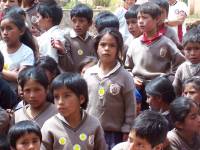